In an exciting expansion of the partnership, Motocaddy has also signed a number of leading EuroPro Tour players as Brand Ambassadors for the first time, with the season getting underway this week (25-27 May) at the Cubefunder Shootout hosted at the Harleyford Golf Club in Marlow, Buckinghamshire.

Sam Broadhurst, Ashley Mansell, Josh Hilliard, Harry Goddard – all UK - and Hyun Ho Rho from South Korea will each use the latest Motocaddy M5 GPS DHC electric trolley and PRO 3000 laser rangefinder throughout the season, as well as receiving a Motocaddy win bonus for any tournament victories.

“We’re delighted to continue our long-running partnership with the PGA EuroPro Tour and support the next-generation of future stars on their professional journey,” said Motocaddy Marketing Director, Oliver Churcher. “We are working with some incredibly talented Brand Ambassadors this season who we expect to go far in the sport, so to play a part in their progress is very rewarding. We hope that they enjoy using the Motocaddy products and make the most of the performance benefits they can bring,” he added. 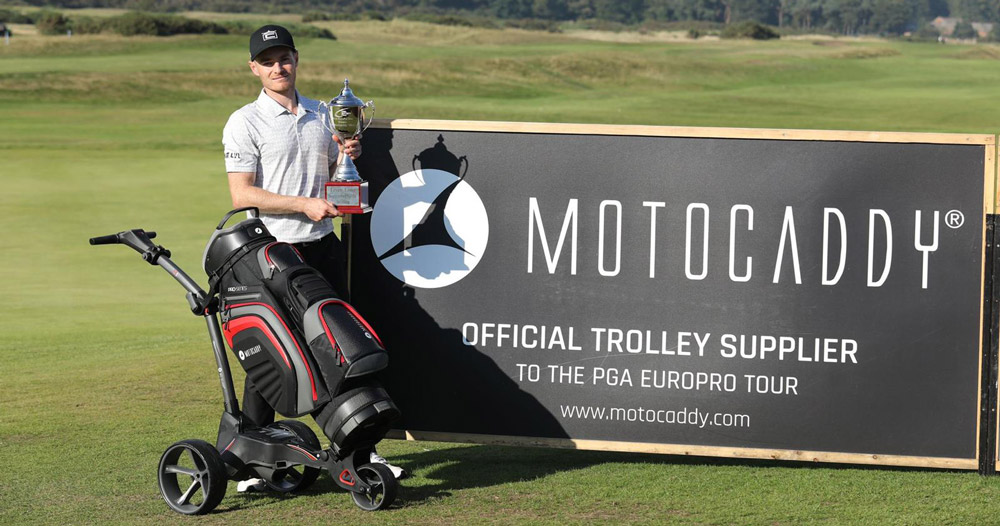 “It’s really exciting to be representing Motocaddy as a Brand Ambassador on Tour this season and I can’t wait to get started. Motocaddy has a great reputation for producing top-quality products that make the game easier to play,” said Broadhurst, one of Motocaddy’s Tour team. “I’m looking forward to putting my Motocaddy kit into play and hope that it will give me an edge in competition this year,” he added.

Motocaddy is also supporting every EuroPro Tour event on the 2022 schedule with the winner picking up a brand new S1 electric trolley and PRO 3000 laser rangefinder as a prize.

With direct access to the Challenge Tour through the final Order of Merit, the PGA EuroPro Tour offers players over £840,000 of prize money, with the top five golfers at the end of the season awarded entry to the 2023 Challenge Tour. 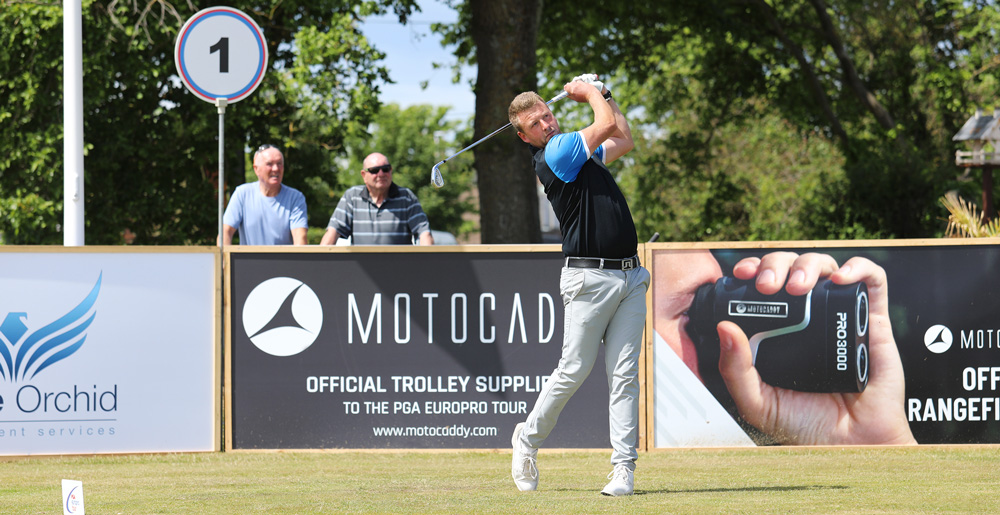 A two-hour highlight show on every event will be shown on Sky Sports, DAZN and on 98 networks around the world reaching 500 million homes. In addition, every event is available to watch on-demand in high definition on the Tour’s own YouTube channel and on Matchroom.Live.

Providing vital experience of life on tour, players are competing in 15 events at some of the UK and Ireland’s premier golfing venues. The season culminates with the Tour’s top 60 players contending the Tour Championship taking place in October (19th – 21st) at the Lough Erne Resort in Enniskillen, Northern Ireland.

“The players love the partnership we have with Motocaddy because they love the products,” said Daniel Godding, CEO for the PGA EuroPro Tour. “For us, it’s a long-term association with a premium global brand that provides the perfect fit for our members, so I’m very pleased it’s continuing into a record 17th season.

“I think this year is the perfect year to launch The Brand Ambassador scheme with Motocaddy, as the players will represent the brand brilliantly and hopefully it spurs them on to some great performances,” he added.